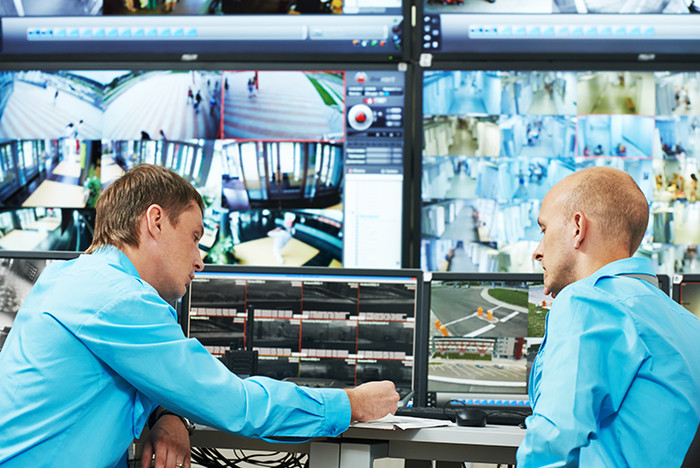 This is necessary in situations in which an operator manages several screens connected to different computers, for example in command centers and ship bridges monitoring and controlling technical processes or in control rooms.

Here, users need to be able to monitor a number of screens and quickly switch between computers and monitors. If there was a separate keyboard/mouse set at the workstation for each monitor, a quick change between devices would not be possible or somewhat more complicated.

With multi-screen control, users can quickly switch between computers using keyboard hotkeys or simply by moving the mouse from one screen to the next. Computers with more than one video output (multi-head) can be connected.

A new upgrade now enables the industry's first simultaneous operation of up to eight screens using two keyboard and mouse sets. Two users can work simultaneously at a multi-monitor workplace and access connected sources in parallel.

Various setups are possible. For example, dedicated monitors can be assigned to a user that only that user can access, while the remaining computers are available elsewhere. This allows new forms of collaboration and enormous flexibility in multi-monitor applications.

"Safety-critical multi-monitor workstations can now be configured so that they can be operated by both one and two users, for example in emergency situations" explains Mark Hempel, Product Manager at IHSE GmbH. "This makes it possible to react quickly to situation changes or to deploy personnel effectively in emergencies."

The truck is highly versatile and includes powerful technology that delivers the highest level of quality. With the Draco Tera switch we can perform all routing and switching tasks, including multi-screen replication in a single compact unit, saving weight and space